Interest in the Supplier Information Management (SIM) market and allied markets such as supply chain risk management, supplier performance management, and vendor master management is running high.  Interestingly, few people seem to realize how many old specialists there are in this market:

All of these companies are much larger than Sedex, but Sedex is interesting for a variety of reasons:

Sedex is quite profitable and grew rapidly in 2019.

What’s most interesting about Sedex, however, is the company’s detailed disclosures of the operational metrics Sedex has 70 buyer members who ask their 58,919 suppliers to submit audit results to the exchange.  As you can also see, some suppliers also ask their (Tier 2) suppliers to submit audits (though not many).  One of the most critical metrics, which most networks do not disclose, is how many buyers a typical supplier is connected to.  Sedex tells us that buyers per supplier averages 3.75.  Elsewhere Sedex discloses:

In my experience, this is a pretty good measure of the network effect and Sedex’s stats are pretty strong.

As with many supplier information businesses, the supplier side is quite geographically dispersed, while the buy-side is not.  About 20% of suppliers are in China which is the largest single country.  The UK is the second-largest at under 15% of suppliers, followed by India at less than 10% and the US at about 5%.  On the buy-side, 70% of buyers are located in the UK and no other countries have more than 2 buyers.  So even though revenue comes from all over the world, Sedex is very much a UK company.   It’s just that their UK customers have global supply chains.

Sedex discloses that its 93,000 audited sites fall into the following industries: 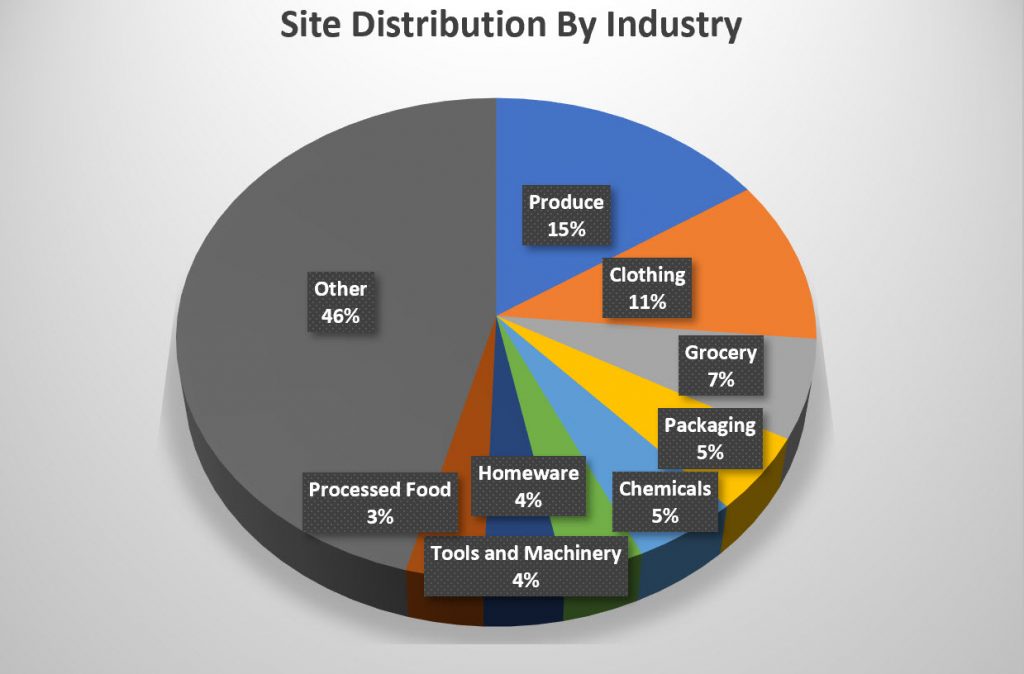 This distribution represents the history of the company having been started by the top British grocers and general merchandise providers whose suppliers on farms or in clothing factories faced labor issues.

If you are in the SIM space take note.  You can’t set standards and collect all of the information needed on a supplier across:

And you can’t do this in every geographic area simultaneously.  Pick your sequence of niches and build a network effect that drives value on the supplier side.  Either that or become an aggregator of information from other sources (a la Bloomberg).  But whatever you don’t get stuck in between!

I will not sell or share your information with anyone.

You have Successfully Subscribed!